James Files, the C.I.A. and the J.F.K. Assassination

Who is James Files? Until someone sent me records on the J.F.K.’s murder recently, I had never heard of him. James Earl Files (alias James Sutton) claims to the be the shooter on the grassy knoll, November 22, 1963. He claims he shot President John Fitzgerald Kennedy. He also claims Lee Harvey Oswald did not fire a shot. (1)

Files revealed this while incarcerated for the attempted murder of two police officers in 1994. After I read the initial blog, I went searching the internet for information on the man not many people have ever heard of. It turns out there is quite a bit about him, though much of it tries to prove he could not have fired the shot that killed Kennedy.

Files ascertains there was a plot to kill Kennedy between the C.I.A. and the Mafia. It is no secret that Kennedy wanted to disband the C.I.A. Allen Dulles (who unfortunately served on the Warren Commission) resigned after his performance in the Bay of Pigs and the Algiers Putsch against Charles De Gaulle. Dulles, Richard Bissell and Charles Cabell were all forced to resign. Though many see him as being fired by Kennedy.  Files claims that is when the C.I.A. called in the mob to kill the president.

In an article for UK’s Daily Mail, Files was quoted saying:

“I was aiming at his right eye. When I pulled the trigger, it was almost like looking from six feet away through the scope,” he explains.

“As I squeezed his head moved forward. I missed and got it right along the temple, right behind the eye. I squeezed off my round. I hit him and blew his head backward. I fired one shot and one shot only.”

He then walked off with no one noticing, not even the two police officers he claims were standing 25 feet away. (2)

He goes on to say that his boss Charles ‘Chuckie’ Nicoletti was actually the person in the Texas Book depository that shot at Kennedy, not Oswald. One former F.B.I. agent, Zack Shelton actual believes Files story. Even though the Warren Commission as well as other government investigations claim it was Oswald who shot J.F.K.  Shelton says he was able to validate much of Files claims.

Shelton served with the F.B.I. for 28 years and is now retired. He had an outstanding record with the bureau. He spent much of his career investigating organized crime syndicates out of Chicago and Kansas City. Shelton believes both the federal government and J. Edgar Hoover lied to him.

Houston Private Investigator Joe West began his own probe into the assassination of J.F.K. in 1989. After years of dead ends, F.B.I. agent Zack Shelton received a tip from an informant and passed it on to West. That led to the Stateville Correctional Center in Jolliet, Illinois and directly to James E. Files. West went on to say that at first Files was not willing to speak about the assassination. Only after developing a relationship with Files did he reveal parts of his story to West. West did not end up getting the full story as he became suddenly ill and passed away in 1993. The full confession was videotaped in 1994 by Bob Vernon, an associate of Joe West. For two years there was an attempt to bring the interview to the public. It was cancelled on T.V. because of reasons that were proven later to not be true.

Though several F.B.I. agents investigated the claims. Files was deemed not credible for obvious reasons. Many have said he lied or they tried to discredit him. Here some valuable facts he could not have known unless he had something to do with it:

The F.B.I. said Files was not credible, but all the facts that were checkable were proven true. Files was paroled in 2016 and as of right now, he is quiet on the subject of the J.F.K. assassination. He did say while he was still imprisoned the government would never come after him. If they prosecute him, they would take too many other people with him. 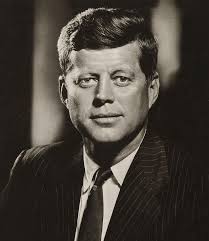 I think he claimed Nicoletti was in the Dal Tex building and not the school book depository..