Military bases in Texas were hubs for secret projects during the 1940’s. There was the Gerry Irwin transfer to Fort Bliss in El Paso(1). He was the first recorded abduction case in the U.S. Fort Bliss also became home to over 100 scientists from Germany after WWII, as part of Operation Paperclip. (2) Fort Bliss was adjacent to White Sands Missile Range.

Germany’s Wernher Von Braun helped develop the supersonic “Ramjet” project (first called Comet later known as Hermes) which was launched from White Sands. Wernher Von Braun was the technical director of Germany’s rocket test facility on the Baltic Island of Usedom during WWII. After the war he and his scientists wanted to work for the U.S.(3)

Don’t forget that July 1947, the famous Roswell crash had ties to Texas. General Roger M. Ramey of the Eighth Air Force Base in Fort Worth, Texas ordered the crashed disc to be flown to Fort Worth Army Air Field. The Eighth Air Force was commissioned with the atomic mission. Only the 509 in Roswell, N.M. had B-29’s that were able to deliver nuclear weapons.(4)

The military sent Jesse Marcel, who was an intelligence officer to secure the debris from the UFO crash site.  He transported part of the debris and the weather balloon (which was faked evidence) to the Air Force Base in Fort Worth, Texas. It is now the site of the Naval Air Station Joint Reserve Base in Forth Worth.

There was much activity at the Killeen base,  Fort Hood (known then as Camp Hood), Texas in 1949.  Spring (March-June) there were many UFO sightings over the base. Here is NICAP’s report of that period: 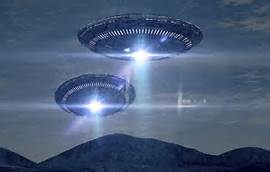 It was Spring 1941 Cape Girardeau, Missouri. Cape Girardeau was a small community about 100 miles south of St. Louis, Missouri on the Mississippi River. A bedroom community that was first settled as a trading post in 1733 by Jean Baptiste De Girardot.

Cape Girardeau has a grand history of Riverboats that once traveled the Mississippi that created an atmosphere right out of a Mark Twain novel. The town was organized in 1808 and during the Civil War saw the battle of Cape Girardeau happen between the Union and the Confederate soldiers. The skirmish occurred on April 26, 1863 and lasted 4 hours. To this day a beautiful community with a town square bordered a courthouse and tower.

Charlotte Mann tells the story of a bed side confession from her grandfather Reverend William Huffman. Huffman became minister of the Red Star Baptist Church in 1941, which was confirmed by church records.  He related to her how that spring he was called by the police to pray over the bodies of deceased aliens.

When the policemen asked him to perform this rite, they came and picked him up not in a police cruiser, but an unmarked car. Also, the men were plain clothes policemen, not in uniforms.  Then they drove him 10-15 miles to the forest outside of town. When he arrived there were FBI agents, policemen, fireman and photographers already walking through debris after what was an obvious crash landing. (1)

As he was prayed over the bodies of the 3 aliens, he glanced around being astonished by what he observed. First, the bodies were small, with large oval eyes, hardly any mouth or nose and hairless. (2) The craft that crashed was not a plane but a round  disc. An open inside view showed hieroglyphics that he did not recognize. Remember this is 6 years before the crash at Roswell, New Mexico.

When the minister had finished, the military swore him to secrecy. He witnessed them doing the same to the other people at the site. Of course, the minister went home and told his wife Floy and his two sons.  Later when her grandmother was at the end of her life in 1984, Charlotte got more information about the story.

One of the members of their congregation was Garland D. Fronabarger who gave a photo to her grandfather from that night. The photo was 2 military personnel holding up one of the deceased aliens. Charlotte later gave this account from her father to a filmmaker for a documentary:

“I saw the picture originally from my dad who had gotten in from my grandfather who was a Baptist minster in Cape Girardeau Missouri in the Spring of “41. I saw that picture and asked my grandmother at a later time she was at my home fatally ill with cancer, so we had a frank discussion.

She said that grandfather was called out in the spring of 1941 in the evening around 9:00 to 9:30, that someone had been called to a plane crash outside of town and would he be willing to go to minister to the people there which he did.

Upon arrival it was a very different situation. It was not a conventional aircraft, as we know it. He described it as a saucer that was metallic in color, no seams, did not look like anything he had seen. It had been broken open in one portion and so he could walk up and see that.

In looking in he saw a small metal chair, gauges and dials and things he had never seen. However, what impressed him the most was around the inside there were inscriptions and writings which he said he did not recognize but were similar to Egyptian hieroglyphics.

There were 3 entities, or non-human people, lying on the ground. Two were just outside the saucer and a third one was further out.  His understanding was that perhaps that third one was not dead on impact. There had been a mention of a ball of fire, yet there was fire around the crash site, but none of the entities had been burned and so grandfather did pray over them giving them last rites.

There were many people there, fire people, photographers, and they lifted up one, and two men on either side stood him up and they stretched his arms out, they had him up under the armpits and out here.

As I recall from the picture I saw, he was about 4 feet tall, appeared to have no bone structure, soft looking. He had a suit on, or we assume it was a suit, it could have been his skin, and what like crinkled, soft aluminum foil. I recall it had very long hands, very long fingers and I think there were three, but I cannot swear to that.

My grandfather upon arrival, said there were already several people there on the scene, two that he assumed were local photographers, fire people and so not long after they arrived, military just showed up, surrounded the area and took them off in groups separately and spoke to each of them.

Grandfather didn’t know what was said to the others, but he was told ‘this didn’t happen, you didn’t see this, this is national security, it is never to be talked about again.’

My grandfather was an honorable man, being a preacher, that’s all that needed to be said to him. And so, he came home and told the story to my dad, who was there and my grandmother and my uncle.  Now my mother was expecting at the time, so she was off in the bedroom.

(related by father)‘My sister was born May 3, 1941, so we are assuming this was the middle to the last of April’. And he (grandfather)  never spoke of it again. But about two weeks later, one of the men who had a personal camera that he had put in his shirt pocket approached my father and said ‘I think someone needs a copy of this.

I have one and I would like you to keep one.’ So that’s how it came about that grandfather had the picture to begin with. But he never spoke of it again. The other people seem to be very intimidated and very frightened and paranoid. (2) 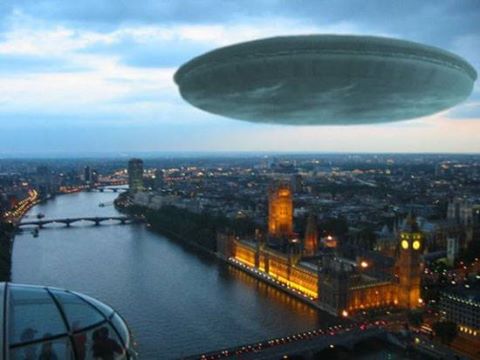 Huffman passed away in 1959 and his wife who related much about the account in 1984.  In 1991 Leo Stringfield, a UFO researcher recounted Mann’s story but after his death in 1994, his estate refused to release his research files on the UFO’s. Charlotte Mann’s sister corroborated her story as well as their father Guy Huffman. The Sheriff Charles Schade in 1941 had a living brother who signed an affidavit as well. Many have referred to this account as the first humanoid retrieval. Within a few months would be the L.A. Air Raid would occur in the skies above Los Angeles.