I keep seeing 333 what does that mean? 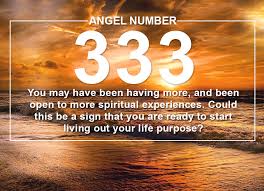 So, you are seeing the number 3, 33, 333 around you and you are wondering what that means spiritually. Three is a number of multiplicities, creative power and growth. Pythagoras considered the number three a perfect number as it was the triad and had a beginning, middle and end.  Think of a flower that has gotten its first bud, that is three. In any process it is where you see the beginning of results. It is a glorious reward for effort and patience. It is the number of the third dimension where when you do things in 3’s they manifest on the physical plane. It represents the physical body, the mind and the spirit of the human entity, our complete existence.

In both Eastern and Western religions, it is a powerful number. In Christianity it represents God,  Christ and the Holy Spirit, the Holy Trinity. Even in Islam, there is a Trinity of the Father, the Son and Maryam or Mary. The Tibetan Book of the Dead, refers to the three bodies of the Buddhahood. In the Kabbalah the number 3 is referred to as a number that unifies the dualities, the integration. In Metaphysics it represents the ascended masters, communication between you and the Christ or Buddha. It is the archangels working on your behalf. So, if you are seeing 333 over and over, they are trying to connect to you. So, in prayer and meditation reach out to them.

In the Tarot three represents the effort of a small group, two joining into one. It is a unity, a triangle. It is also a celebration of the union, in a tarot reading it can represent a birthday, a wedding, a pregnancy or birth. The number 3’s energy represents imagination, effective communication, tolerance, joyfulness and dynamic action. Imagine how much effort is made by a sprout to push forth a flower bud. In social situations a 3 represents an uplifting circumstance, “The future looks so bright you gotta wear shades.” It is a prolific social aspect full of creativity. Three is creative expression.

In ancient Greece Hesiod’s Theogony, we find numerous groupings of the Gods in triads or trinities. (Lease, 1919) So as you can see it is an ancient and worldwide practice. Let’s not forget the practice of the Romans establishing the pattern of  eating 3 times a day.

The magic and power is evident in fairy tales. There are the Three Little pigs, Three blind mice, Goldie Locks and the Three Bears. They call it the power of three. Both Folk tales and Fairy Tales, incorporate the number three. There can be three children (usually 2 lazy ones and one that becomes the hero -Cinderella). There can be three wishes from a Genie, three days to guess Rumpelstiltskin’s name (Liabenow, 2014). 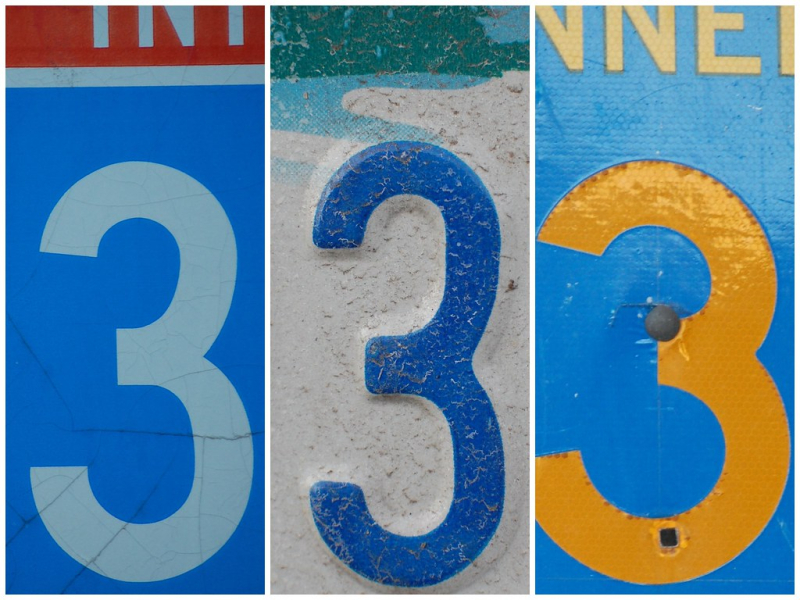