Barbara Mackle: The girl in the box

They called her the girl in the box. It was Christmas season 1968 and Barbara Mackle (20) came down with the flu. She was a student at Emory University in Georgia and needed to take her final exams before Christmas. There was such an epidemic that year that the school infirmary was filled to capacity. Her mother drove from Coral Gables, Florida to care for her daughter. They got room 137 at the Rodeway Inn in Decatur, GA.

It was 4 a.m. when they heard a knock on the door. Mrs. Mackle went to the door a man told her he was a police officer. That a white car had been in an accident and there was an injured boy who stated he was with their family. It sounded reasonable enough that Barbara’s mother who then answered the door. A man burst into the room, along with a man in stocking mask and they bound Mrs. Mackle and grabbed Barbara and took her from the room. Mrs. Mackle knew the man was not a cop, called the police and then her husband.

Barbara Mackle had a close friend that was a boy named Stewart Woodward. He was going to meet Barbara and her mother as they went back to Coral Gables, Florida for the holidays. He drove a white Ford car. He had visited the room earlier in the evening, and it was believed the kidnappers saw him as he left. They used that event to gain access to the room that Barbara and her mother were in.

The kidnappers had dug a hole, basically like a grave, put in a box, and outfitted it with a tube and ventilation fans so Barbara could breath and put food and a drink in the box with her. Then they buried her. She was called an astonishingly cool-headed young woman by the Detroit Free Press. (Miller, 1969) Barbara said she could not see and the “Zang-Zang” of the fans made it difficult to hear, so she turned them off.

Robert Mackle was a wealthy real estate developer in Miami. He was contacted by the kidnappers who demanded a $500,000 ransom, about $3.5 million dollars in today’s currency. Her father was to put the money in a suitcase, take it to the woods alone. He was to make a classified ad that stated “Loved one please come home” in the Miami Herald and leave it on the top of the money.

The first attempt failed. The F.B.I. had decided to keep the process secret and didn’t alert local police departments of what they were doing. When local police came upon two people running with a heavy suitcase and attempting to climb a fence, they tried to apprehend them. The kidnapper dropped the money and ran off into the forest. What they did find were the kidnappers’ car. It had the identification of the two people who kidnapped Barbara along with a photo with the girl posed in the box with the word Kidnapped on a sign. A side note the kidnappers first took a photo as a sign of life. She had closed her eyes and they thought it appeared as if she were dead. So, they demanded she smile and hold the sign up. It was this photo they found in the car.

After the bungled attempt, Robert Mackle was beside himself with frustration and worry. He placed another ad in the newspaper, which resulted in a second call and arrangement. This time the local police were apprised of the situation. The drop off the ransom was successful. They waited 15 hours before the kidnapper krist called and left general directions. The F.B.I. was alerted and the area was a general forest area with similar ground covering of leaves and similar trees. So, the agents fanned out until one of them saw what looked like red clay soil and a small tube sticking out of the ground.

On December 20th, 4:15p.m. 83 hours after her kidnapping Barbara was discovered by F.B.I. agents who found the ventilation tube sticking inches above ground. He said, “Knock Barbara knock.” (Miller, 1969) Barbara heard them and kept rapping until they heard and rescued her. Two agents got on their hands and knees scooping dirt up with a rusted bucket and their bare hands until they found the box. Taking a tire iron, they freed the young woman.

Barbara was unable to walk so the men lifted her out of the box and her first words were, “How are my parents?” The G-men who are not normally emotional broke down and cried. Then within minutes J. Edgar Hoover himself called Robert Mackle and said, “We have your girl.”

The Kidnappers were identified from their car as Gary Stephen Krist and Ruth Eisemenn-Schier. The F.B.I. was able to trace the box to a man named George Deacon who constructed them. Both Deacon and Eisemenn-Schier worked at the University of Miami. It was later discovered that Krist was in fact Deacon.

Barbara Mackle was married within 3 years to Stewart Woodward and they had a family. She led a relatively good life after her kidnapping, but she never gave any interviews and stayed in the shadows. Eisemenn-Schier was Honduran and after her 7-year prison sentence, she was deported to Honduras. She married and raised a family. Krist was paroled after 10 years and was pardoned so he could go to medical school. He practiced for a while in Indiana, but his license was revoked. He was later arrested in 2006 with a $1 million dollars of cocaine in his possession. He was released again in 2010 only to have his probation revoked for leaving the country. He was sentenced to 40 months. 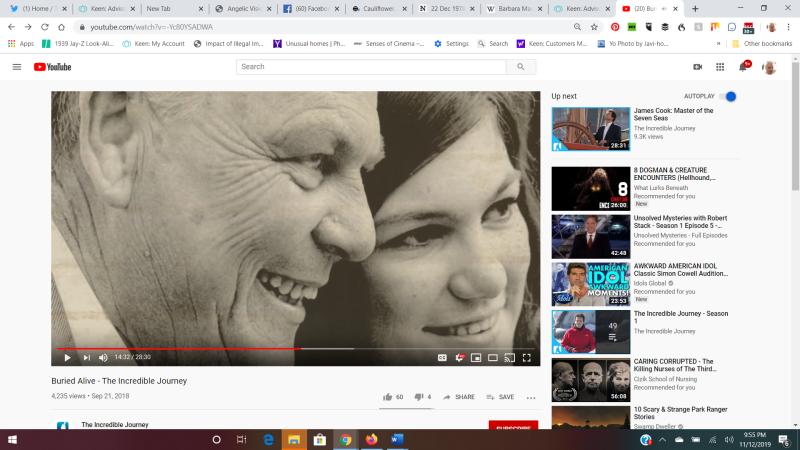 Convicted look to the state for forgiveness By Steve Visser, The Atlanta Journal-Constitution, December 20, 2010. Retrieved August 3, 2011