« The Career Girl Murders and the Link to the Civil Rights Movement. | Main | Valentine Sally has been identified »

The U.S. Government has studied U.F.O.s for Decades

Anthony Bragalia wrote to the Defense Intelligence Agency under the FOIA for information, He requested info on the UFOs the U.S. held and results of the experiments from the testing. Over the last few years, the great reveal around U.F.O.s has turned into a slow dripping faucet of information. Where for decades U.F.O. sightings reported were treated like some tin hat conspiracy theory by the government.

Now mainstream media like Newsweek and Forbes are tackling the subject. Recently they explained why the pentagon had released videos of U.F.O.s. Stating because there was no ‘sensitive information’ that would cause any issues for government security. (Brewster, 2020) This is a far cry from the denial of U.F.O.s for decades.

June 24, 1947, pilot Kenneth Arnold first coined the term saucer/disc when he saw a nine lights or U.F.O.s fly over Mount Rainier in Washington state. He estimated their speed at 1200 miles per hour. In the last 73 years since that time millions of reports have been filed with various bureaus, but since the 1960’s the government has rushed to explained most all away. Not it appears they were not necessarily being truthful about all of them.

Including in this post are an original article about Kenneth Arnold’s sighting, the FOIA letter from Bragalia and the response from the government. This was shared to ‘The Sun’ publication. It appears the government was studying U.F.O.’s for years. 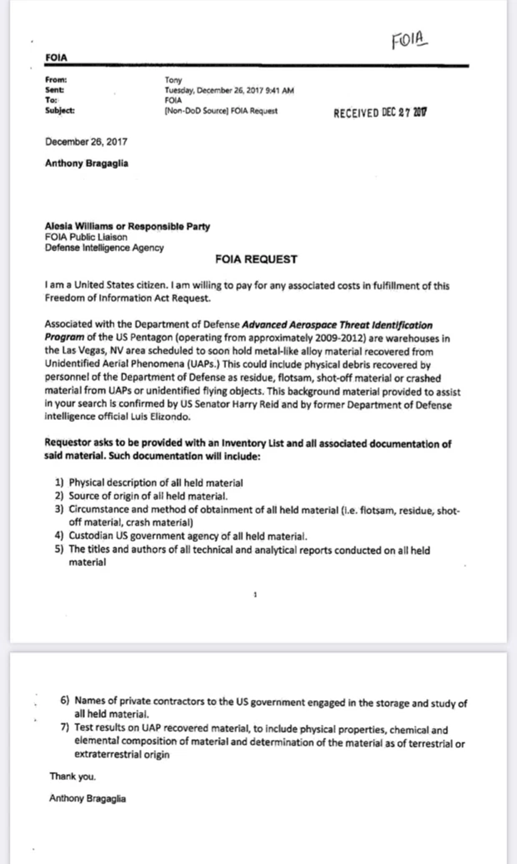 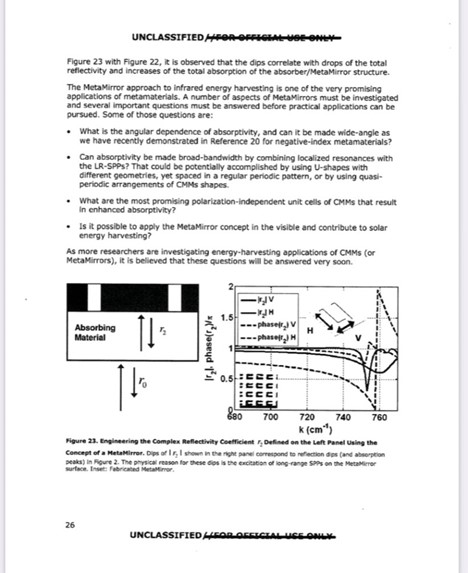 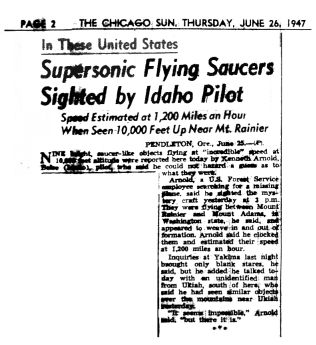 I will be sharing more information on U.F.O.s this next couple of weeks from Bragalia’s blog and other sources.

Posted at 08:47 AM in Books, Current Affairs, Weblogs | Permalink