Valentine Sally has been identified 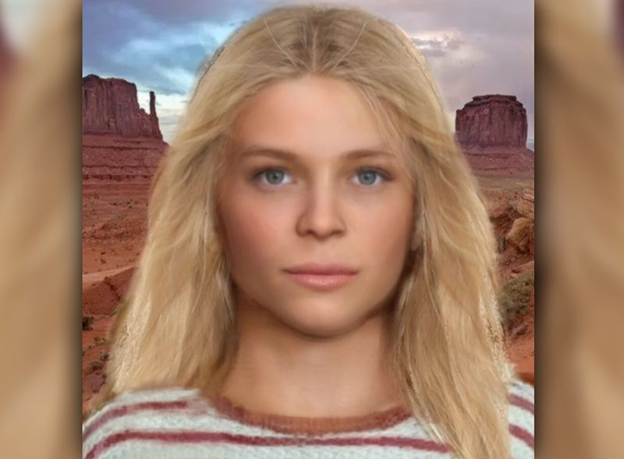 For decades they called her ‘Valentine Sally’. Her mangled and decomposing body was found on the side of Highway 40, near Williams, Arizona. It was February 14, 1982 when the Department of Public Safety Officer was looking for a motorist with a blown-out tire about 11 miles outside of Williams, Arizona. On that cold, frosty morning he discovered the body of a young woman that been out in the elements for a couple of weeks.

She was lying face down under a tree about 25 feet from the highway. She had been disfigured as her face and one ear was eaten by animals. He ran to his radio to call for back up. She was discovered with her red and white striped sweater and jeans, but no identification. DNA was a long way off, so without knowing who she was, or having any solid leads, the case went cold. ‘Valentine Sally’ haunted the Coconino Sheriff’s office for decades.  It appeared she had been dumped by the road. Many trucks stopped along this stretch of road to sleep or take a break. No one would have noticed a truck pulled over.

Because of the development of DNA technology, and the support of the National Center for Missing and Exploited Children, the CCSO (Coconino County Sheriff’s Office) used DNA testing to identify familiar ties of the girl. She was identified this month, 39 years later as “Carolyn Eaton. The 17-year-old Bellefontaine Neighbors, Missouri, girl ran away from home around Christmas 1981”. (Bonvillian, 2021) Her family was from the St. Louis, Missouri area. Family members relate, “Eaton was one of six sisters. She ran away after an argument sometime around Christmas in 1981”. (Hefferman, 2021) She was never seen by her family again. Carolyn was one of 6 girls in her family that lived in St. Louis, Mo.

Though her family was in Missouri she had a connection to a woman in Arizona named Patty Wilkins. It is thought the Patty was one of the last people to see her alive. She is quoted saying, “Well, I’m going to cry. It’s like one of my girls,” said Wilkins. “It’s only been me and her. “Now she’s got a family. Isn’t that great? It doesn’t get any better.” (Goodman & Whitney, (2021) 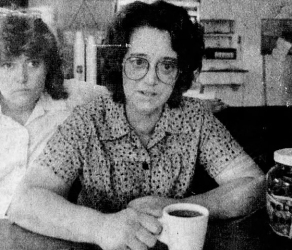 Patty Wilkin’s family owned the Monte Carlo truck stop near Ash Fork, AZ. The restaurant was between Williams and Kingman, Arizona on what was formerly known as Route 66 (highway 40). Patty responded to sheriff’s office when she saw the flyers after the girl’s body was discovered. She related that on February 4th, 1982 about 3 a.m. a young blond girl came into the restaurant with a man in a cowboy hat that appeared in his 50’s.  The two were sitting together and Patty watched them because it seemed like an unusual pairing. She said the girl appeared comfortable with the man.

It was a time in our history when people still hitchhiked as a means of transportation. Patty was used to seeing runaways and would notify the sheriff’s office. Because of the way the two behaved together she saw no reason to do this with the young blond girl. The couple were in the truck stop for an hour, and the girl had a toothache, for which Patty gave her a baby aspirin to put in her mouth to relieve the pain. She stated the man appeared to be concerned about her.

Other witnesses thought they saw the girl with two men, but Patty only saw one man. He was in a two-toned brown leather vest and a felt cowboy hat with a large peacock feather in it. Still concerned Wilkins asked the girl, “Are you OK? Do you want to stay with here or leave with him? The girl said, “No, I will go with him.” (Bonvillian, 2021) Wilkins replayed that interaction with the girl over and over through out the years. She is finally finding peace now that her identity and family has been discovered.

The Doe Network reported a NAU student said he thought he had given the girl a ride. She related to him she had been living in Phoenix with friends and working as a dishwasher. She told him she needed to get back to New Jersey because of family problems. She was headed to the Little America truck stop in Flagstaff and was going grab a ride with a trucker going east. They stated it possible she went to the dentist around February 2nd for her tooth in Phoenix.

When the girl’s body was discovered and autopsied it was discovered her tooth was prepared for a root canal the week before. There was also the presence of baby aspirin, and she was wearing the same clothes as she did in the truck stop. (Bonvillian, 2021) This means she was killed shortly after Patty Wilkins saw her. Carolyn was then buried in Williams, Arizona, where Patty raised $187 to buy a tombstone for her grave. Sergeant Jack Judd was haunted by the case, this young girl dying with no name, and no family. So, he made effort to try to discover her identity.

There was a young blond woman out of Florida named Melody Cutlip. She had been missing since 1980, reported by her mother. The CCSO thought the After         looking through missing reports he discovered a young woman that disappeared out of Florida. She was blond and had the same general built and height as Valentine Sally. They phoned her mother, and the mother Mrs. Gervais did not believe that was her daughter. Citing there was no evidence, and her daughter did not have dental work. She did not believe her daughter would be in Arizona.

Turns out that Melody Cutlip was alive and resurfaced in 1986. She was now of legal age and engaged. She had been travelling the country as a crafts saleswoman and when she went to Florida for a show, she called her mother. Turns out her mother was right. She had never had a root canal or been to Arizona. This put the CCSO’s investigation back at square one.

Melody settled down in Metairie, Louisiana. She was a customer service rep for Budget Rent-a-Car and engaged to Harold Buras. On September 11, 1998 she got into a car accident on her way home. Her car skidded through water during a storm and she crashed into a truck. She died instantly at 32. Patty Wilkins has been happy to return Carolyn Eaton to her family, glad that she is finally going home.