As I was growing up, I often heard that except for Pearl Harbor, WWII was not fought on American soil. Later I found out my school textbooks did not exactly tell the full story. There were attempts on our mainland and Operation Pastorius was one of those attempts.

The attack on Pearl Harbor by the Japanese occurred on December 7, 1941. Before that time, the United States had technically not joined the war.  Though in 1940, President Franklin D. Roosevelt provided aid to Britain and was preparing for war. The attack demanded the U.S. enter the war at least in the Pacific arena. Within 4 days, on December 11, 1941, Hitler followed up Japan’s strike by declaring war on the United States. Now the U.S. was fully involved in World War II on both sides of the continent. Full of vitriol for the U.S. Hitler commanded Admiral Wilhelm Canaris lead an operation that would “sabotage the American war effort and attack civilian targets to demoralize the American civilian population inside the United States.” (1) The mission was called Operation Pastorius.

Though Admiral Canaris led the operation for Germany he was an interesting character. He was an early follower of Hitler, but as he witnessed the massacre of innocent Polish people and priests, he changed his view of Hitler and the war efforts. The rest of the war he spent much of the time on creating sabotage and it is rumored he was one of several officers that attempted to assassinate Hitler. It makes you wonder, was the failure of Operation Pastorius intentional?

Canaris was a WWI veteran who oversaw espionage, and it is said he controlled the famous female spy Mata Hari in Paris. He started as an intelligence officer in WWI aboard the SMS Dresden naval ship in the Pacific. Canaris escaped from Chile and the Royal Navy following the Battle of Mas a Terra using his fluency in Spanish. It was then he came to the attention of the German Naval intelligence. Hitler impressed with his war record, put him in charge of Operation Pastorious in WWII.

In 1942, Germany recruited 8 German residents that had experience in the U.S. Two were American citizens (Earnest Burger and Herbert Haupl) and the others had worked in the U.S (George John Dasch, Edward John Kerling, Richard Quirin, Henrich Ham Heinich, Hermann Otto Neubauer, and Werner Thiel. Germany spent time developing life stories for these men, providing them with Identification and about $175,000 American dollars. They were recruited into a group called, Abwehr. Abwehr was an intelligence organization operating on U.S. soil. 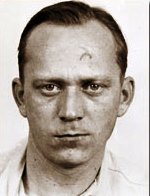 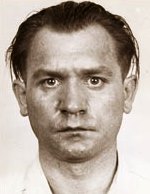 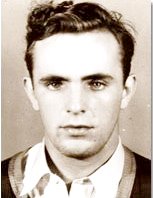 The men were dropped off at night along the east coast of the U.S. The first submarine was carrying; Dasch, Quirin, Henrich and Kerling.  On the night of June 12, 1942, submarine Captain Linder put the 4 men ashore in New York. For a time, the submarine was stuck in mud along the shoreline, in plain view of anyone driving by. Since it was at night, the roads were empty. Luckily for them before dawn the tide rose, and they were able to make their escape back out to sea.

The men came ashore at near Amagansett, New York on the south shore of Long Island. They buried explosives primers, incendiaries, and their uniforms. They dressed in an American style clothing and headed into the Manhattan.  Once in NYC they split up into two pairs. The mission was expected to last about two years. (2) The other 4 members landed near Jacksonville. Florida. They arrived at night in swimsuits walked ashore, changed into street attire, and dispersed to Ohio and Illinois.

As the first group showed up in New York, a member of the Coast guardsman (US Coast Guard), John Cullen spotted Dasch. Dasch bribed him with $260 to keep quiet. The money was exchanged but Cullen reported the incident anyway. The Coast Guard also ended up finding the stash of munitions and clothing. As the men made their way to Manhattan, a man hunt had already began to track them.

A few days later in the Mayflower hotel in NYC, Dasch told Burger he had no intention of fulfilling the mission. He hated Nazism and wanted out. He told Burger if there was a problem with this, he would throw him out a window. Dasch first tried to telephone the F.B.I. and tell them his story but was met with disbelief.

Within days, Dasch took a train to Washington D.C. and showed up in person at the offices of the F.B.I. He met with director D. Milton Ladd, dumping the $84,000 in cash on his desk. It was their allotted budget. While the F.B.I. was questioning him, they sent agents to follow Burger. Burger went to meet Henrich and Quirin at a clothing store,  the F.B.I. showed up and arrested all three men.  After questioning Dasch for hours, he was allowed to return to the Mayflower Hotel.

By June 22, 1942, J. Edgar Hoover (first director of the F.B.I.) sent word to President Roosevelt that the F.B.I. had discovered and foiled a German plot in the U.S. The F.B.I. took credit for the entire bust. Though it would be June 27, when all the suspects had been arrested and jailed.

Dasch and Kerling were team leaders. They were provided with a list of contacts in the U.S. who could help the men as needed. The list was written on a handkerchief in invisible ink. Dasch related this story but was vague about what would reveal the names on the handkerchief. The F.B.I. discovered ammonia would reveal the names, and they were all immediately put under surveillance. Kerling and Theil were arrested when they contacted a name on the handkerchief list, Helmet Leiner. Kerling wanted to “borrow” one of Leiner’s mistresses. Upon meeting at a bar, Kerling, Theil, and Leiner were all arrested.

Herbert Haupl was the youngest man on the team at 22. He had lived in the Chicago area with his family and was an optician’s apprentice. He had a girlfriend that got pregnant, and because of that he fled the area. She later had a miscarriage.  When he left it made him a draft dodger from the U.S. military. Haupl traveled into Mexico and went to the German Embassy. He got a German passport and went back to Germany. Which is where the German government recruited him. Now he was back in Chicago, he reunited with his family and his girlfriend. Like all the men of this operation, he was carrying $4000 plus $450 for immediate expenses. He proposed to his girl and bought a car.

Haupl then went to the F.B.I. and told them he had been away and would square things with the draft board. Though they were already aware of the situation, they let him go home for a time. They followed him around for a few days hoping he would connect with Neubauer, but Haupl too had abandoned the German plot. Finally, the F.B.I. just picked him up and he immediately gave up Hermann Neubauer’s location at the Sheridan Plaza hotel. Neubauer passed his time watching movies and was arrested coming home from a show. All 8 men were accounted for and the F.B.I. arrested Dasch. Dasch thought he would be a witness and not be prosecuted, but that was not the case. All 8 were arrested and put on trial.

Roosevelt fearing the people would go easy on the men in a trial, set up a special tribunal.  The men were tried in secret at the Department of Justice. All 8 were found guilty of breaking the law of war, and spying. The ‘law of war’ is an international law with a code of conduct for operating during a war, which includes laws for the behavior of the warring parties.  Dasch and Burger survived but the other 6 were executed by the electric chair and buried in a pauper’s graves. Dasch and Burger were given clemency in 1948 and sent to the American area of Germany. They could not go back to main part of Germany as they were considered traitors. (4)

Somewhere in the 1960’s or 1970’s a monument was erected to the executed Germans. The Nationalist Socialist White People’s Party was said to have placed the monument in a wooded area in S.W. Washington, D.C. It stayed there until park officials removed it in 2010. (5)

Hitler was going to use the men to target infrastructure, transportation, and public services. He recruited men who would target areas with a larger Jewish population as he felt the Jews had undue influence over the Americans.  Had the Germans been successful, their efforts would have been impressive, here are a list of proposed attacks:

During WWII there were other attempts on U.S. soil by the Germans. Just the year before Operation Pastorius, the Duquesne (pronounced Du cane) network of German espionage agents were uncovered and upon trial the U.S. obtained a total of 33 convictions. (8) Operation Elster was an intelligence gathering mission in Maine, 1944. The mission was unsuccessful when William Colepaugh (American defected to Germany) lost interest shortly after arriving.  Colepaugh took all the money and abandoned the other agent, Erich Gimpel. Colepaugh turned himself into the F.B.I. who then arrested both men. They were tried, convicted, sentenced to death which was later commuted to life in prison. Both were eventually released from prison, Gimpel in 1955 and Colepaugh in 1960.