« The Thames Torso Murders and Jack the Ripper | Main | Allen Dulles, JFK, the CIA and the Warren Commission Pt. 1 »

This is a story of two lovers and a cold case that dating back to 1956. It was a frigid January 3rd in Montana, and three boys were out hiking along the Sun River when they happened upon a horrific “Stand by Me” discovery. They walked up on the body of an 18-year-old teen named Lloyd Duane Bogle. He was lying near his car. He had been shot in the head and the killers used his belt to tie his hands behind his back. The car was still running when the kids discovered Bolger with one door open. Bogle was just out of boot camp and technical school. It was his first assignment at Malmstrom Airforce base in Montana. 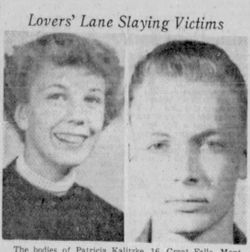 On January 4th, a road worker found the body of a teen age girl also shot in the head. She was found just north of Great Falls and the girl had also been sexually assaulted. She was identified as 16-year-old Patricia (Patty) Kalitzke. The two had gone on a date at an area known as lover’s lane. The Tribune, a local newspaper described Bogle as an airman from Texas and Kalitzke as a junior at Great Falls High School. It went on to say they had fallen in love and were considering marriage.

The case went cold quickly, but the Cascade sheriff’s office “poured their hearts into this case over the decades,” remarked Sgt. Jon Kadner. (KRTV, 2021) It was through DNA genotyping the case was solved. Thirty-five different persons of interest investigated including the famous organized crime figure, “Whitey Bulger.” Gangster Bulger was in the Great Falls area in 1950 and had been arrested for rape in 1951. Though when his DNA was evaluated against the sample from the victims, he was not a match.

Another famous killer Edward Wayne Edwards was included in the persons of interest. He was referred to as the “serial killer who framed others for his murders.” He escaped jail in 1955 and travelled across the country. His DNA was not a match to the victims. He was accused of being the murderer of Elizabeth Short the ‘Black Dahlia’ and ‘the Zodiac Killer’ along with many other unsolved murders.

The 65-year-old case was solved with a single sperm cell by genetic genealogy. The killer turned out to be, a Great Falls resident named Kenneth Gould. He was a 29-year-old husband and father that worked a few blocks from Patty’s home corralling horses. He sold his family property about a month after the murders. After his family travelled for time they settled in Alton, Missouri. He has no other records of crime throughout his life. Gould died in Oregon County, Missouri in 2007 and his DNA was traced through his children. 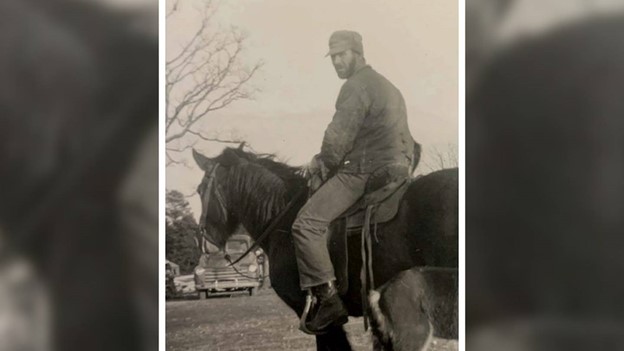 The young couple were on a date and last seen at the drive-in restaurant in town about 9 p.m. They then drove to lover’s lane near Wadsworth Park. It was the last anyone saw of them. KIRO news stated genetic genealogy is, “The technique in which a genealogist plugs a suspect or victim’s DNA profile into a public genealogy database. This allows them to reverse engineer a family tree for the owner of the profile.” (Bonvillian, 2021)