« Allen Dulles, JFK, the CIA and the Warren Commission Pt. 2 | Main | Robert Bierenbaum, former plastic surgeon confesses he took wife's 'body out of the airplane over the ocean' »

1975 Cold Case Solved: The murder of the Lyon sisters 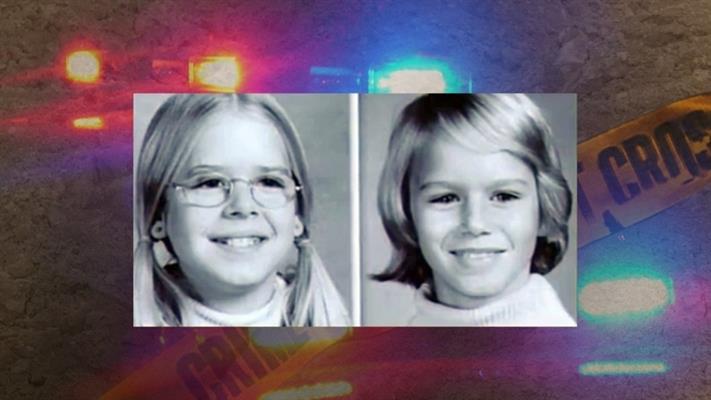 On March 25, 1975, Katherine Mary and Sheila Mary Lyon went to the mall like many other girls. It was a cultural phenomenon, preteen and teenage boys and girls headed over to the mall to socialize with their peers. It became like a third home to many and provided a way for kids to get together after school. They shopped, ate at the food courts, went to a movie, or just walked around with their friends. Though Katherine and Sheila were slightly younger (10 and 12 years old) They still fit the demographic of kids that liked to go to the mall. Their mall was Wheaton Plaza in Wheaton, Maryland a suburb of Washington D.C. 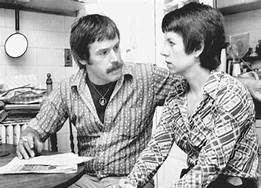 Both the mother and father were comfortable as performers. Before moving to Maryland, Mary was in a folk band in Ohio, and John had a children’s show there where he played guitar. In Washington, D.C. 1975, John Lyon was in a band, and was a D.J. on the radio at WLAM. It was an ABC affiliate in the Washington D.C. area. He was a local radio personality with a big following. Both parents were well spoken and witty. John had worked a night shift so March 25th he came home and went to bed. The mother Mary had gone bowling and the two brothers were at a friend’s house. Mary came home later in the afternoon.

There was a two-year age different between Sheila and Katherine. Sheila who was twelve, did not always want to spend time with Katherine, so Mary was happy to see them go to the mall together. They had $2.00 between them for two slices of pizza. The girls left their home between 11am-12pm to walk to the mall about ½ mile away. They were on their way have pizza at the Orange Bowl Pizza Parlor. It was spring break and just before Easter, so the girls were excited to see the displays that lined the mall.

The day they went missing a man described as 50-60 years old and six feet tall was carrying around a brief case in the mall. It had a microphone and cassette recorder. He would stop periodically to record kids speaking from a script into the recorder. He was seen talking to the girls about 1p.m. outside the Orange Bowl. Their older brother Jay spotted them about 2:30 pm eating pizza inside the restaurant. Their curfew was 4 p.m. and their mother said they were always on time. She was raking leaves in the back yard when she began to get concerned as the sun was going down. That day the girls did not come home, in fact they were never seen again.

By 7 p.m. their mother knew something was wrong and called the police. Volunteers helped the police department look for the girls. Divers were summoned to search two ponds and a lake in the area. There were no signs of the missing girls. Most missing children in 1975 were discovered before 24 hours passed, so the Lyon’s fed their two boys trying to stay positive their sakes.

Wheaton, Maryland was a sleepy little community in 1975, the idea that two little girls would be kidnapped off the street never occurred people who lived there. "It was just an innocent time and people never thought the worst," Harry Geehreng said. "Just the idea that a total stranger absconded with these two little girls, it was really beyond belief. People were genuinely shocked."  Harry Geehreng was a Montgomery County police sergeant that searched the mall and the woods around the area after the girls disappeared.

A young girl about the age of the Sheila and Katherine came forward to say she saw a young man staring intently at the girls, so she went up and confronted him. He ran off. She described him as having long dark hair and scars on his face from acne. The young man named Lloyd Welch came back to the mall on April Fool’s Day, 1975, spoke to a security guard. After being warned off getting involved in the issue by his mother, Welch got high on weed and provided a description of the same older man who was stopping young girls. The same man with a briefcase who was providing them with a script to read into the microphone. (Bowden, 2019) This fact would be meaningful in the years to come.

This case was known for false leads. Chasing down the 60-year-old man with the microphone led to Raymond Mileski, Sr. Raymond Mileski. He resided in Suitland, Maryland in 1975 near Prince George County that reported a man with microphone approaching young girls. Two years later in 1977 he murdered his son and wife. He was sentenced to 40 years in prison and informants turned on him stating he had something to do with the Lyon girls murders. There was never any evidence recovered in this specific case though he was accused of molesting young children both male and female at the Wheaton Plaza.

Within two weeks of their disappearance a witness came forward and said she saw two young girls that were bound and gagged in the back of a car. The witness got part of a license plate. The shocked community were talking on CB radios looking for the car, which led to another dead end. The case was reopened and looked at a few times in the decades to come with no solid leads. Fred Howard Coffey was convicted in 1987 of the murder of a 10-year-old girl in North Carolina. In 1975 he worked at Silver Springs, Maryland near the Wheaton Plaza. He was never charged in the case of the Lyon sisters.

Eventually a Sergeant Chris Homrock discovered the 1975 interview with Lloyd Welch in 2013. He believed that Welch had at least witnessed something as he was able to identify that Mileski walked with a limp. Also, by that time Welch had been convicted of child molestation, so the police began to look at Lloyd Welch as a suspect. 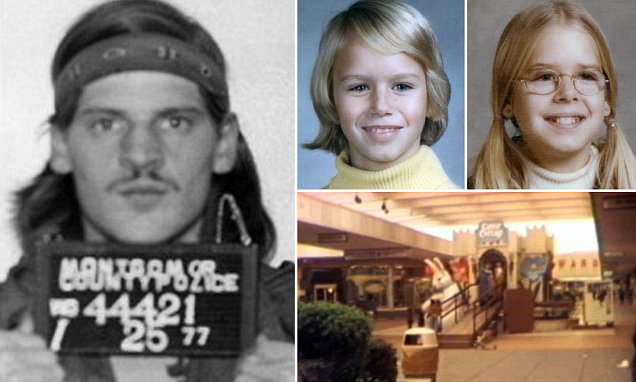 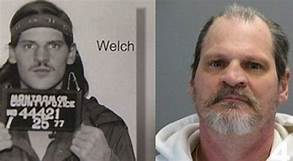 They invited him in for an interview and were afraid he would not speak to them. He did speak to them at length and revealed a web of lies that gave enough detail of the murders the police knew they had their killer. Between 1975 when Welch was 18 years old, and 2015 when he charged with the murder of the Lyon girls, he was convicted of rapes in three other states. 2015 Welch was indicted on first degree felony murder charges. Lloyd Welch pled guilty to the murders of Katherine and Sheila Lyon in 2017, however their bodies were never recovered. He was sentenced to 48 years each to be served concurrently.