The murder of Deana Bowdoin and the execution of Clarence Dixon

Deana Bowdoin had gone to dinner with her parents on January 6, 1978. Later she went out with her friend Bonnie Hughes…. It would be the last night people would see her alive. When her boyfriend Mike Banes showed up at her apartment about 2:30 a.m. January 7th he found the young blond student sprawled across her bed, her head draped over the side of the bed. Deana had been murdered in her tiny Tempe apartment. She had been sexually assaulted, and there was DNA evidence. With three stab wounds to her body, she died of strangulation with a belt. 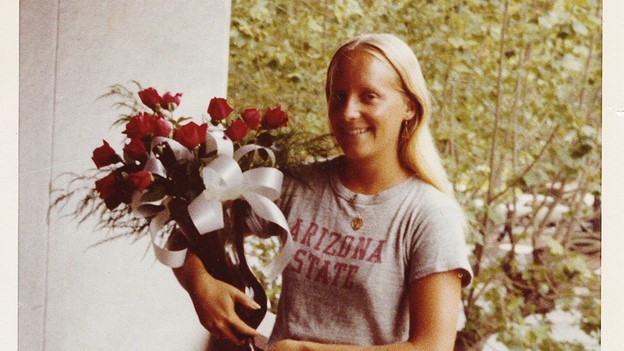 The victim attended ASU and was graduating in May with a degree in marketing management. She had taken the law school admissions exam and Foreign Service Officers exam. Deana had lived abroad as a child and was interested in international business. She was a bright, intelligent young woman raised in the Church of Jesus Christ of Latter-Day Saints, the Mormons. (1)

The case was solved in 2000 with the use of DNA. Clarence Dixon who lived across the street from Deana in 1978, was at that time serving a lifetime sentence for a rape and murder. Tempe Detective Tom Magazzeni was working cold cases since 1998. The Bowdoins waited through many generations of DNA development to make sure the DNA found on Deana was from Dixon. It was 2001 when the DNA first discovered on Deana’s body was that of incarcerated Clarence Dixon.

At the trial in 2008, Dixon represented himself. It was Abraham Lincoln who said, “A man who is his own lawyer has a fool for a client.” The court allowed the testimony of a former Northern Arizona University student who was raped by Dixon in 1985. The jury found he committed both premeditated and felony murder. Because he had already been sentenced to life in prison for another murder he was sentenced to death. His last appeal saw the original verdict of guilty upheld in 2011.

Clarence Dixon is now slated to be executed in Arizona. It will be the first execution in 8 years. In 2014 when the state of Arizona was executing Joseph Wood. The prisoner lived for two hours after having the execution drugs administered “gasping and struggling to breathe” before he finally succumbed. (3) In the last few years Arizona and other states have struggled to find lethal injection drugs. Corrections officials revealed in 2021 they had obtained pentobarbital and could resume executions. Also, the gas chamber (out of commission for years) has been revitalized and in 2020, the state purchased materials to make cyanide for the chamber. The State of Arizona purchased a block of potassium cyanide for $1530.00. Clarence Dixon will face execution by one of these means May 11, 2022. Both Deana’s parents have since passed away, but her sister Leslie still keeps the memory of Deana alive.