L.S.D. stands for lysergic acid diethylamide. The common day usage began popular in the 1960s and 1970’s. It was a psychedelic drug used to ‘trip’ causing hallucinations. It is a drug made from lysergic acid, created from a fungus that grows on rye and other grains. The ‘high’ gotten from L.S.D. is referred to as a ‘trip.’ It can be a spiritual awakening, psychological breakthrough, or trip to hell (bad trip).

It is also known as “Lucy” or “dots.” Remember The Beatles “Lucy in the sky with diamonds”? Though that seemed like an LSD song, both Lennon and McCartney who admitted to taking the drug a couple of times said no. It was a combination of a drawing from Lennon’s three-year-old son Julian, and Lewis Carroll’s Alice in Wonderland that the fantasies of the book. 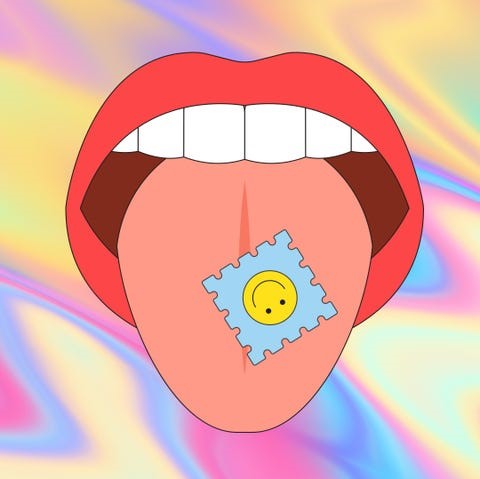 “The U.S. government was secretly evaluating the effects of the drug on hundreds of unsuspecting American civilians and military personnel.” (1) MK Ultra project was run from 1953-1967. It is reported by Time Magazine that the C.I.A. ran the program because they did not want to be obsolete, or behind their enemy’s technology. The government believed the Soviet Union, North Korea and China were using the drugs on captured Americans.

So, the C.I.A. was slipping mickeys or in this case L.S.D. into people’s drinks in bars, on the beach, and in restaurants. Giving the drug to unsuspecting people in an uncontrolled environment. Then they followed the people and monitored how they reacted, but never intervened. They were not the only people unknowingly used in the experiments.

Sidney Gottlieb the C.I.A. operative that ran MKUltra (also a chemist) directed the protocol for the program. He admitted to covertly administering the drug and other hallucinogens to unknowing subjects that would crush the human psyche. His idea was that you stripped the personality and then built the client a new one. One that could be used for mind control. One such person was his colleague was Frank Olson. Olson was a bacteriologist and was at an MKUltra retreat. His mental state continued to deteriorate after taking the drug and nine days later, Olson Jumped to his death from the window of the Hotel Statler in N.Y.C. The C.I.A. experimented on their own employees.

Sidney Gottlieb arranged for the C.I.A. to pay $240,000 to buy up the world’s supply of L.S.D. in the 1950’s. It was all brought to the U.S. and spread through hospitals, clinic, prisons, and other institutions. Much in the way pharmaceutical companies hand out samples of drugs, Gottlieb asked the institutions to try it out on the patients and see how they responded to the drug. In one case, a mental patient in Kentucky was dosed with LSD continuously for 174 days.

About 7,000 people participated in the U.S. Army’s secret testing program with L.S.D. The real name of the program was the Medical Research Volunteer Program (MRVP). The C.I.A. believed it could be used also as a truth serum. Administer enough of the drug and the subject would admit to anything.

It had enormous potential in the psychiatric field in helping people recover from mental issues and find peace. From the 1950’s on it was used therapeutically to evaluate behavioral and personality changes, as well as remission of psychiatric symptoms in various disorders. (3) It was used to treat anxiety, depression, addictions, and psychosomatic disorders. In the 1950’s it was marketed by Sandoz Labs as Delysid. Then and now it is one of the most potent hallucinogens. It is taken on things, a tab of paper infused with the drug, in tablets (“microdots”), capsules or gelatin squares (“windowpanes”) and even sugar cubes. It is also referred to as ‘acid.’ Trips are said to last about 12 hours.

Timothy Leary stated the kind of trip you had was all about “set” and “setting.” Set is a person’s mindset: mood, background, physiology, and everything else unique to them at the time they take the drug. Setting is the physical and cultural environment. (Szalavitz, 2012) He was convinced it expanded the mind and help you work out personal issues.

Many famous people were known to drop acid, The Beatles, Steve Jobs, George Carlin, Cary Grant, Jack Nicholson, and Dennis Hopper to name a few. There was another issue with the drug, is that it could create an unpredictable flashback, years later. 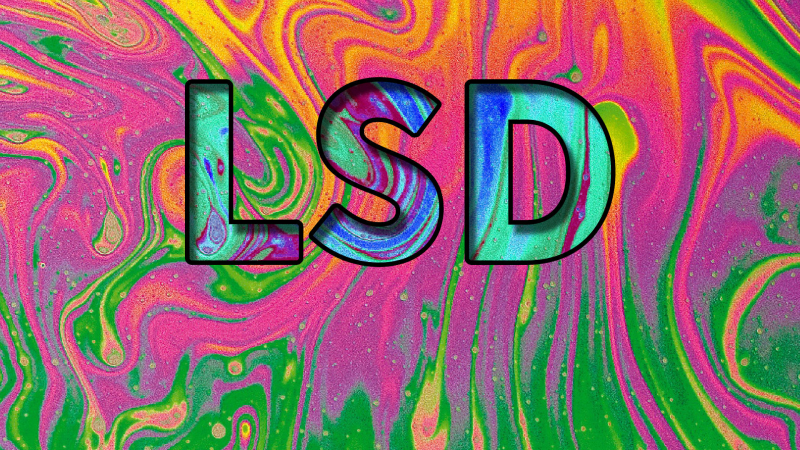 None of these benefits or issues would be worked out as it gained a reputation as a ‘hippie drug’ with the counterculture of the 1960’s. The C.I.A. sabotaged the use of L.S.D. for therapeutic applications, causing the government to state the drug was dangerous and they were against it. They made illegal for all usage, including the beneficial purpose. Because it was illegal it was never developed and administered in a fashion that could be psychologically helpful to people.