The Plutonium Files: US Government tests radiation on citizens

Before the atomic bomb was dropped on Hiroshima and Nagasaki, doctors in the U.S. were experimenting on their people injecting them with plutonium and irradiating them. Only the people never knew or gave consent. The U.S. has tested radiation and atomic radiation on citizens for decades during the cold war. They have conducted these experiments to understand the effects of radiation and radioactive contamination on the human body. 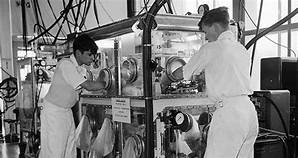 I discovered something called the Plutonium Files and the book is difficult to get and an expensive read. It talks about the period in 1945 when the U.S. was getting ready to launch the first atomic bomb. The book relates the stories of those who were injected with radiation by the United States Atomic Energy Commission and the Manhattan project.

18 men, women and children were injected between 1945 and 1947 and none of them knew what was being done to them nor gave informed consent. They were chosen because it was believed (Or so they claimed) the people were mortally ill. Though many lived years after the experiment. There were other experiments going on with radiation too:

All these were done to the people without consent. While developing the atomic bomb as a weapon the doctors in the United States who participated violated the Hippocratic oath, the Nuremberg Code the American Medical Association guidelines, and US Government Regulations. (1) The people used in the experiments according to author Eileen Welsome, “were the poor, the powerless and the sick—the very people who count on the government to protect them.” A collaborator on the project (Clarence Lushbaugh) told Welsome the director in Cincinnati Eugene Saenger picked the people from the ‘slums’ because, “these persons don’t have any money and they’re Black and they are poorly washed.” (2)

Examples of the judgement of the medical staff deciding to administer the radiation is as follows:

A man in a car accident in Oakridge, Tennessee the medical staff label him elderly and in poor health. The staff did not expect him to live that long, or so they stated. He was 55 and other than partially blind was in good condition. He lived another 8 years with the radiation in his blood stream, died of a heart attack.

Another subject Albert Stevens from San Francisco, California was injected at University of California hospital. They said he had terminal cancer, turns out he was misdiagnosed and lived with radiation in his blood for 21 more years.

Then there was Eda Schultz Charlton, a 49-year-old who went to the University of Rochester hospital. She was not terminally ill, even not seriously ill. But she was injected with plutonium. Over the next few years, she suffered with depression, fatigue, arthritis, nausea, spasms, and other illnesses. She had a file with 314 pages of doctor’s reports. Her doctor Dr. Christine Waterhouse was recruited by Dr, Samuel Bassett the overseer of the plutonium injections. She cared for Eda for 29 more years, Eda lived 37 more years. Dr. Waterhouse never told her she was injected with plutonium.

The experiments remained secret until 1993, when President Clinton ordered a congressional investigation. In 1995 the reports came down, refusing to blame those who injected their patients. Clinton spoke out against the passive report saying, “the actions failed both the test of our national values and the test of humanity.” No one paid attention, two hours later the O.J. verdict was in and that was the louder noise.