Secret Cities and Locations in the U.S.

There are in the world approximately 42 secret communities. There many of secret or private facilities in the U.S. Most are secret for military purposes, one is a presidential retreat no listed on a map, and one a possible U.F.O. containment area. In this blog I will address 3 of them with more to follow.

A famous one is Los Alamos, New Mexico a very beautiful and pristine town... It is in the mountains Northwest of Santa Fe, New Mexico. I love Los Alamos and spent much time there when I lived in Santa Fe. Historically it was formed in 1942, when the Department of War was looking for a very private spot to create a secret weapon and seized the land under the law of eminent domain.  The people who lived there were paid for it at fair market value, and the Los Alamos National Laboratory was born. It was the site where they developed the atomic bomb. (1)

Los Alamos was very secretive, and the people who came to live there- scientists, support staff and their families were monitored.  Their telephone calls and mail screened to make sure the location and any information they had remained in the facility. When shipments of goods came in they were labeled as ordinary items to so to keep secret what was coming into the community.

Probably the most famous resident of Los Alamos was J. Robert Oppenheimer, the physicist that developed the atomic bomb. It was Oppenheimer and Lieutenant General Leslie Groves that requested a shielded location and well stocked laboratory to develop their weapon. Originally the personnel in the community were to be commissioned U.S. Army but Oppenheimer was underweight, with a chronic cough. He could not pass physical but did follow the process from beginning to end. So, he was a hands-on developer and could ferret out issues quickly. (2)

Another interesting point about Oppenheimer as I digress is that he was affiliated loosely with the communists in the U.S. When I say loosely, I mean is girlfriend Jean Tatlock had left leaning parents. Oppenheimer supported left progressive/socialist agendas by donating money and attending meetings. His wife Katherine was a former communist member. Many of his associates were also communists. The F.B.I. opened a file on him in 1941, and he was under investigation by the F.B.I. though out his time at Los Alamos. He left Los Alamos in late 1945 for Caltech in California. (3)

Today the town is not private, I have driven up that two-lane road to the top of the hill and in to this lovely little town many times, it is beautiful, clean and welcoming. The Los Alamos National Laboratory is a hub of scientific research and development. It works with integrated nanotechnologies, IT in algorithms for computational science or computer science, nuclear research, global security and much more. You can visit the facility today, they have the wonderful Bradbury Museum for all things ‘Manhattan Project’. 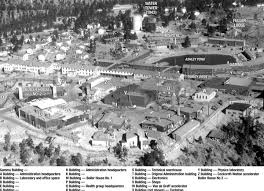 Enrico Fermi was a world class physicist who worked with Oppenheimer at Los Alamos. The set up in Oak Ridge was like Los Alamos in that there were guards and security to enter the town. When you hired you took a lie detector to work there. Fermi was the first scientist in the U.S. to conduct a nuclear fission experiment in 1939 when he was at Columbia University. (5) He received a Nobel Prize in physics for finding the existence of new radioactive elements produced by neutron irradiation. (6) Interesting side note, he was one of the first to warn military leaders about the potential issues with nuclear energy after is own work in the 1920’s and 1930’s.

The experiments Fermi did at Columbia with producing fast neutrons created the chain reaction for a nuclear reactor. The first one assembled by Fermi and his team was the CP-1. This lead to the X10 reactor that was installed at Oak Ridge. This nuclear reactor used enriched uranium to produce plutonium. Fermi’s team assembled the first reactor designed for continuous activity. (7)

After World War II the laboratory became a research facility. Today it is sponsored by the Department of Energy and administered or ran by U-Battelle, LLC. In the 1950’s it made portable nuclear generators for heat and electricity that was sent to remote military bases. Today it conducts a wide array of chemical experiments, studies nuclear medicine, and created a land data base for population count with Landscan that supplies the federal and state governments with up to the date population counts. This is just some of the vast work of the facility. The town is separate from the operating facility. You can tour the facilities…It is a part of the Knoxville metro area and is often referred to as “Atomic City”.  These secret cities though not exactly like the fictional Eureka, Oregon, they are company towns of geniuses. 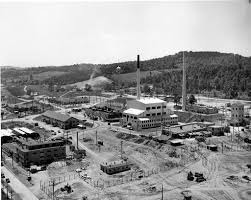 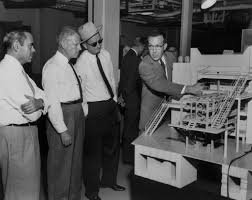 Another secret location in this segment is in the beautiful Blue Ridge mountains in Virginia. It is called the Mountain Weather Emergency Operations Center. They call it a civilian command center, it really is a command center for the government agency FEMA, or Federal Emergency Management Agency. Officials prefer the name ‘High Point Special Facility’. In case of a national emergency the highest-ranking officials both civilian and military will be evacuated there.

The history for this facility goes back to the 1800’s when it was a weather station. The more recent history was during the cold war, when there was threat of nuclear attack from the Soviet Union. In 1958 a compound was completed inside the mountain. It is a facility that is set up to house the president and top officials in case of a nuclear or other attack on the white house.

It took 3 decades from 1938-1969 to complete the compound that exists underground today. They have done experiments to determine how it would withstand a nuclear attack. There are ponds underground for drinking water that are carved from solid rock, and ponds to cool the extensive computer equipment. There are sleeping quarters for several hundred people, and a radio and television studio was set up to broadcast from the facility. There are at least 20 offices set up in the complex protected with concrete in case of nuclear attack. There are Diesel engines for electricity and refrigerators used to store food. They have a cafeteria and recreation area along with a hospital that has a crematorium within the mountain. The government officials and president would continue to operate from that location while the threat goes on. After 9-11 many high-ranking officials were taken to Mountain Weather facility. To this day it is still part of an evacuation plan.

It is in a heavily wooded area and almost invisible to the outside world. Time magazine wrote:

Mount Weather is a virtually self-contained facility. Aboveground, scattered across manicured lawns, are about a dozen buildings bristling with antennas and microwave relay systems. An on-site sewage- treatment plant, with a 90,000-gal.-a-day capacity, and two tanks holding 250,000 gal. of water could last some 200 people more than a month; underground ponds hold additional water supplies. (8)

On maps the area that spans two (London and Clarke) counties is listed as United States of America, on the location. In the FEMA phone directory, it is simply SF, or special facility.

FEMA uses the facility for 8 departments:

This facility is top secret. From the historic developer of the atomic bomb in Los Alamo, New Mexico, the nuclear reactors of Oak Ridge National Laboratory to the completely secret Mt. Weather Emergency Operations Center these are only three of these secret cities in the U.S. There are more to come. 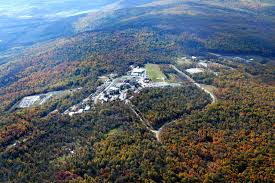 So we talked about surrender as a spiritual tool.  It allows you to face yourself head on, tell your truth and move forward. Now it is time to move forward.  This is 'taking action' .  For most people it is the moment of truth and one of the most difficult parts of their journey.  It does not have to be, it can be as easy as one-two-three.  Any goal, aspiration or dream you have can not come true unless you do something about it. It requires action.

The Big Book of A.A. (one I consider the most spiritual text in recent history), says that 'Faith without Works is dead'.  Each day I hear some person talk to me about how spiritual they are, or aligned they are, and yet their goals and dreams  are no where in sight. They are unable to live the life they want. They are paralyzed by fear and doubt. So instead of taking steps forward they remain paralyzed. Maybe they started that business, got scared and then stopped when they made their first mistake. Maybe he asked out the girl he liked, but then sat scared unable to show her who he was.  Either way, in both incidents the people were unable to move because of fear and doubt. This is normally where people stop. It is too hard they think. So they rationalize their limitations, go without and make do with the little they have.  I am here to say you do not have to do that. 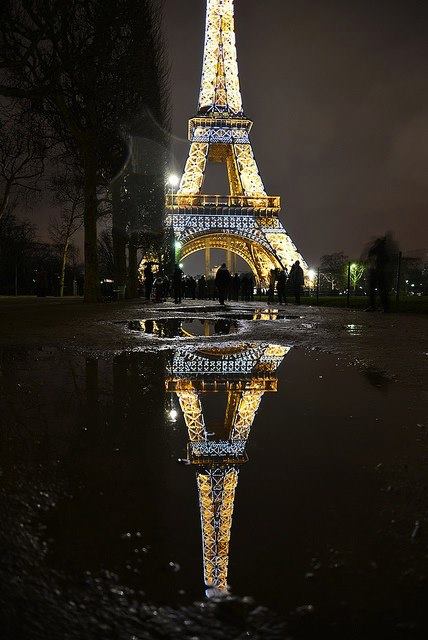 The movements toward success and recovery really are more gentle than you imagine. They require so little until your skill set is stronger.  Take one small action in the direction you want to go. If that is all you can do today, then let it be ok, tomorrow take another. Notice how you feel after. That is your first success. If you can do more,  do more.  Eventually your skill level will increase.  One small step, one day at a time, can lead you gradually to your goals. It is as simple or difficult as that.

Say you want to go back to school. Maybe the first day you call a couple of schools asking what you need to do to enroll, keep a journal of what they tell you and for the rest of the day, let it go.  Then maybe the next day, you go online and order transcripts from your old high school. You are done for that day.  Each step is small, but done one at a time, soon you will notice you will have contacted the school, ordered transcripts, filled out a FAFSA, picked a course of study, and talked to a counselor. See how much progress has been made doing it one thing at a time?

The reason I break this down is because we all have internal dialogues that stop us from going beyond our comfort level.  They say things like,  "You can't do that you are too old",  or "You can't own a business you are not smart enough".  They are protective, but they restrict you and they are wrong. We have them for many reasons, that is not important here. The only important part is that you have them, and they stop you from achieving your goals.   These dialogues are only changed by action. When you push the boundaries out, they believe you can do more.  They will accept goals they believe they can acheive.

Action is probably the most crucial step to making any goal or dream come true.  Remember your spirit wants to protect you and may inhibit you, but it also wants you to have your dreams. If you gradually show it you can make the dream come true, your own spirit will support you. Your God and your guides want you to succeed. If you do the heavy lifting they will bring you accross the finish line.